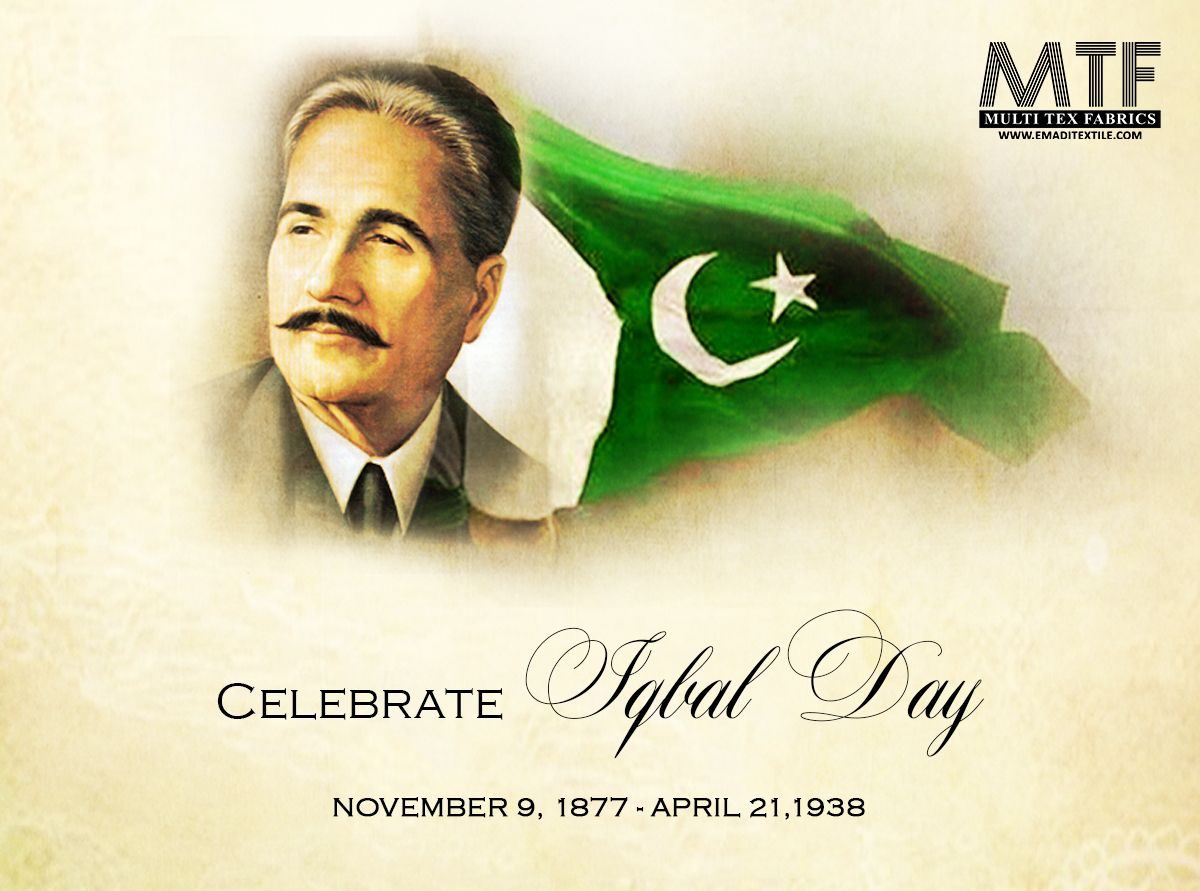 Iqbal Day (Urdu: یوم اقبال‎; Yōm-e Iqbāl) is the birthday of Muhammad Iqbal on 9 November. The day was a public holiday in all provinces and federal administrative areas of Pakistan until 2018. Iqbal, a poet and philosopher, was a great inspiration for the Pakistan Movement.

Iqbal day is organized and celebrated on 9 November every year in all the provinces as a tribute to Allama Muhammad Iqbal, the “Poet of the East”. Iqbal was born on 9 November 1877 in Sialkot, within the Punjab Province of British India (now in Pakistan). He died on 21 April 1938 in Lahore, Punjab, British India. The Government of Pakistan has officially declared him the national poet.

The event is finished.